One of central Italy’s major cultural sites, Orvieto is definitely one for the bucket list. It started life as a major Etruscan city and hasn’t really lost its importance since. Tourists flock here to gawk its breathtaking cathedral, while those with more eclectic tastes like to discover the city’s hidden secrets on a guided underground tour.

Like I said, Orvieto’s Cathedral is a true masterpiece. Its facade is striped in white travertine and greenish-black basalt in a style you probably recognise from the Duomo in Siena. It was started in the 13th century, but was renovated many times over since then. If you can pull yourself away from the gold flecked mosaic art on the facade, there are equally spectacular works by Fra Angelico and Luca Signorelli inside.

The underground city boasts more than 1,200 tunnels, galleries, wells, stairs, quarries, cellars, unexpected passageways and cisterns. In times of siege, these were used by noble families to escape the confines of the walled city to safety in the nearby countryside. This underground city has only recently been opened to the public and can be visited by guided tour.

Like nearby Viterbo, Orvieto enjoyed the favour of more than a handful of popes. This complex of buildings has been occupied since the 11th century and looks more like a fortress than a palace, which says a lot about the lifestyle of Italy’s medieval popes. 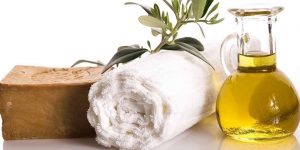